Mirabito Energy Products (You be the judge)

At the beginning of December of this year we formed an agreement with Mirabito Energy Products who’s corporate offices are in Binghamton, New York ( http://www.mirabito.com/) and a local office in Rotterdam, New York. Although we have two great oil venders servicing our members, our membership goes beyond the territory they cover. Mirabito offered to supply Galway Co-op members in the all areas of the capital region. This partnership would have allowed us to reach out to those members in areas we were not currently servicing, and also give our members that are receiving fuel oil from our present venders a choice. One of the stipulations to our agreement with Mirabito was that the Galway Co-op was not to use Mirabito’s name in any advertisement. As a result, on our Facebook page we referred to them as “un-named supplier.”

Last Saturday we received a call from the general manager of the Rotterdam, New York office advising us that Mirabito would no longer take on anymore of our members. The reason given was this; Mirabito is also in the wholesale oil business. They sell oil to small oil companies. After numerous complaints from the smaller oil companies about Mirabito selling to our members at our agreed rate, Mirabito decided to pull the plug, effectively breaching our agreement. Some would ague this was price fixing.

First, to me this is a lot like the tail wagging the dog. Especially when you consider there is more profit in retail then in wholesale. Secondly, what Mirabito showed the oil companies that were complaining is, if you cry loud enough and threaten to do business elsewhere, Mirabito will cave in. Lastly, what they have showed us is that their agreements mean nothing.

Many may think that we’ll never get 100% oil delivery coverage at rates that are acceptable. But I’ll tell you this, we will continue to search out that company. And if in time it becomes clear that we may not find it, then the next oil truck that pulls in front of your house will say, Galway Fuel Co-op.”

YOU BE THE JUDGE
Compare and Save! 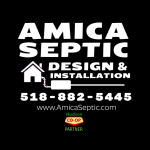